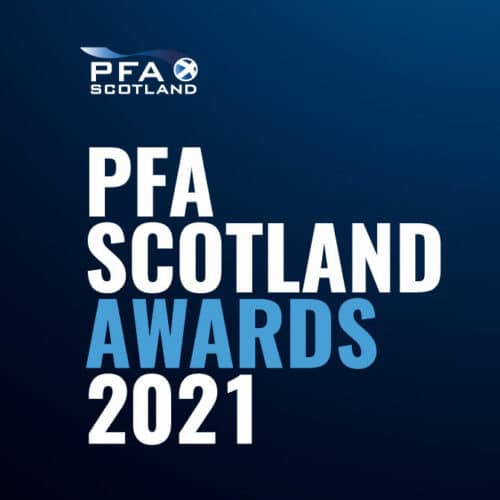 By Michelle EvansMay 14, 2021No Comments 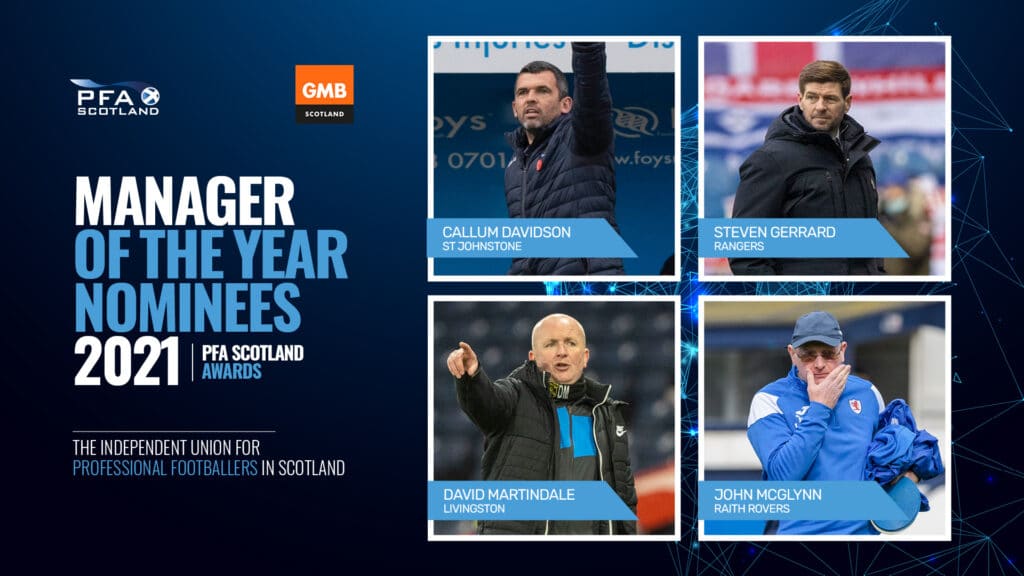 GMB Scotland (in association with PFA Scotland) is delighted to announce the nominees for this season’s Manager of the Year Award 2021.

Managers across the country have had their say and this year’s nominees are as follows:

GMB Scotland Manager of the Year 2021

Under Callum Davidson, St Johnstone have won this season’s Bet Fred League Cup and have booked their place in next weekend’s Scottish Cup Final against Hibs. Can he steer the Perth Saints to an historic double?

In his third season in charge, Steven Gerrard has rebuilt Rangers, leading the Ibrox men to their first league title since 2010/11.

David Martindale took over sole control at Livingston this season taking the Lions to Hampden, where they lost out to St Johnstone.

And Raith Rovers have flourished on their return to the Championship under the watchful eye of John McGlynn. Their entertaining brand of football saw them reach the Premiership Play-off semi-final where they face a tough 2nd leg tie against Dundee tomorrow.

The overall winner will be announced this Sunday (16th May)